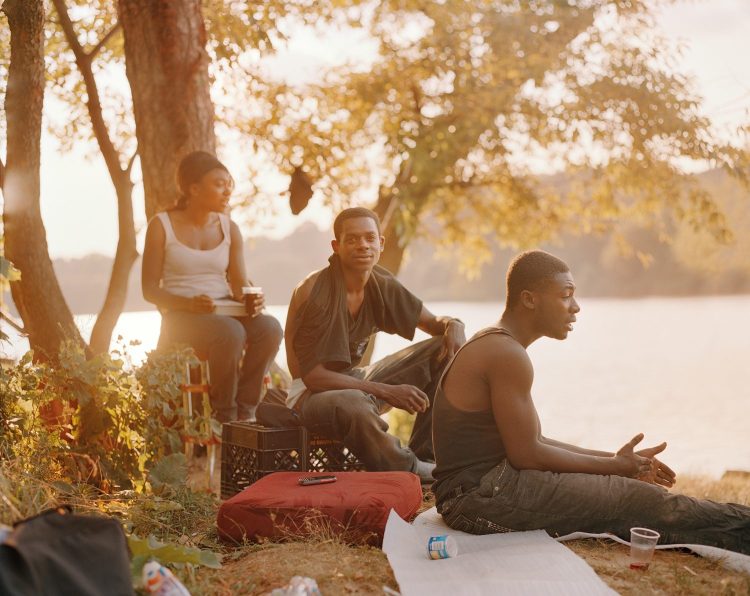 Irina Rozovsky In Plain Air
The 10th edition of BredaPhoto Festival, titled 'Theatre of Dreams', showcases more than 60 photographers and artists from 28 different countries. These creators, both established names and young talents, can be seen throughout the city of Breda for seven weeks at 15 special indoor and outdoor locations. The theme Theatre of Dreams refers to the idea of hope and change and presents proposals for a new viewing of the world. The works in the festival range from interdisciplinary installations and video art to vintage prints from special archives and documentary photography, with which the curators hope to inspire visitors and make them think.
International team

Theatre of Dreams has been put together by a new team of international curators. Under the leadership of director Fleur van Muiswinkel, Denise Camargo from Brazil, Tanvi Mishra from India, and Mohamed Somji, born in Tanzania but living and working in the Emirates, join Reinout van den Bergh, curator of BredaPhoto since 2006.

In the Grote Kerk (the Great Church) in the heart of Breda, guest curator and Magnum photographer Newsha Tavakolian creates the personal exhibition Space to Breathe in which she enters into a dialogue with 16 photographers who have played an important role in her career, inspired her or placed her work in a different perspective.

Thanks to this international team of curators, the public can discover the work of many photographers from all over the world. Such as Felipe Romero Beltrán from Colombia who focuses on young Moroccan migrants in Spain and how their lives are governed by the bureaucratic system of immigration law. Artist group Grupo Ewé’s work from Brazil titled Bori wants to foster a dialogue about a future without racism and religious intolerance using playful and dynamic dance videos. Photographer and filmmaker Nida Mehboob from Pakistan calls herself an advocate of ‘pleasure activism’ and offers a rare glimpse into the secret intimate experiences of Pakistani women with her film How I like it. Rajyashri Goody from India and currently working as an artist-in-residence at the Rijksakademie van Beeldende Kunsten in Amsterdam, makes visible instances of everyday power and resistance within the Dalit community in India through the prism of photography, poetry and sculpture. Martín Weber from Argentina portrays residents of various Latin American countries alongside written renditions of their dreams about the future. Rehab Eldalil returns to the Bedouin community of St. Catherine where she grew up, in the South Sinai, Egypt. By centering the voices of the Bedouin community, she hopes to build a bridge between them and Western audiences, who have long seen the Bedouins and many other indigenous communities through a lens of fetishization. 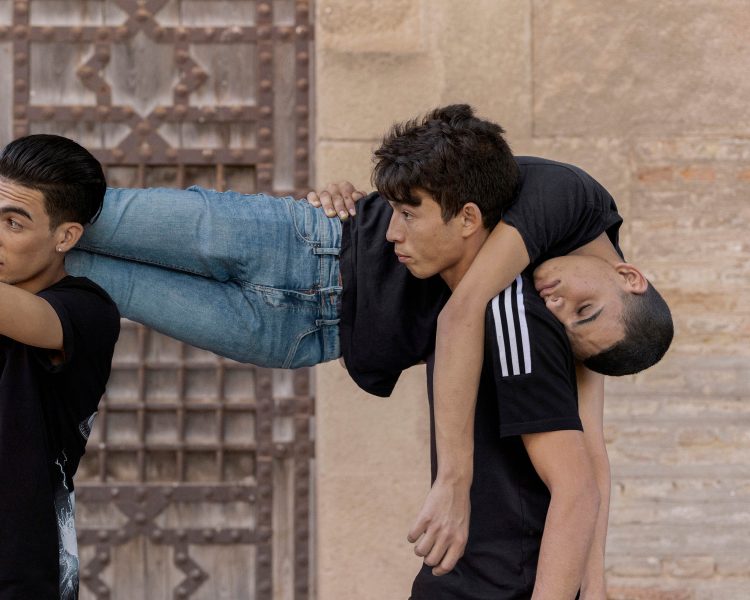 To celebrate the 10th anniversary edition of the festival, BredaPhoto has once again invited a number of former participants. Yann Gross & Arguiñe Escandón explore the Amazon and, with their work Aya, build a dialogue between the present and the past by combining historical images with personal, sensory photographs that they develop using organic material found in the forest. Irina Rozovsky, a Russian-American photographer, shows In Plain Air, a lyrical portrait of visitors to Brooklyn’s Prospect Park in New York who want to escape the noise of the city. Alexey Schlyk’s series Plastic Age offers possible solutions to the plastic problem deploying humor and satire. The work of former participants Koen Hauser, Lola Keyezua and Eelco Brand was made especially for the current edition. 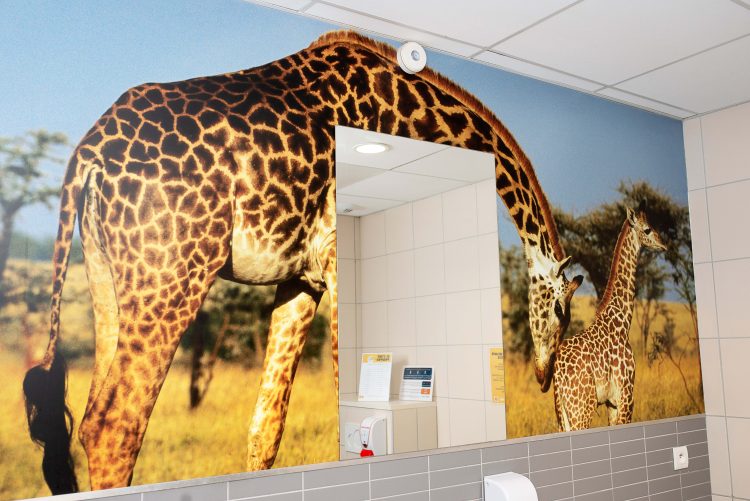 In addition to important international names, BredaPhoto Festival offers a unique platform for young talent. BredaPhoto runs a talent development program in collaboration with nine different European art academies: the BredaPhoto International Talent Program (ITP). Through this programme, nine academy students are selected to exhibit their work alongside other participating artists at the festival. BredaPhoto also supports three alumni in their further development as photographers through the two-year Support Program. They will also be given a place at the festival. In addition, a Residency Program will also take place during Theatre of Dreams, in which seven young photographers will stay in Breda for the duration of the festival and work on their individual projects with a tailor-made support program. In the last weekend they present their work to the public. 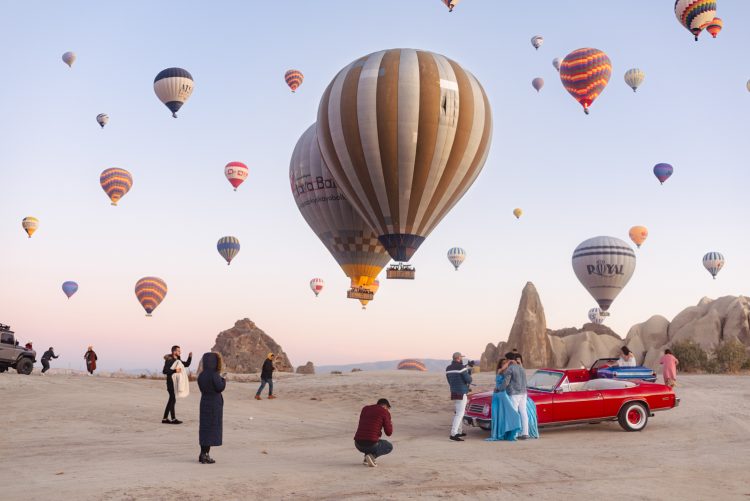 Photographer Ilse Wolf has started a project with newcomers in Breda on behalf of BredaPhoto and Stichting Buddy to Buddy, a foundation that pairs refugees and their fellow citizens on a basis of equality. The end result Journey of my Dreams is a co-production of Wolf and newcomers Youla (30), Heaven (20), Asieh (37), Mahmoud (64) and Islam (31) and can be seen as part of the festival in the Foodhall.

Artist couple Daan Zuijderwijk and Maaike Vergouwe temporarily set up camp with their families in their self-made home on wheels near Backer and Rueb. Titled Nomadland, they use the opportunity to talk about alternate ways of living and Zuijderwijk’s conceptual work.

In close cooperation with the Forhanna Foundation, there is also special support for Kevin Osepa. For three years, BredaPhoto and Forhanna have supported him in the development of his project Klof, Bario di Spiritu, through which he examines shared history of slavery of the Netherlands and the Caribbean from an alternative perspective, thus, making the discussion of such a history possible.  Osepa shows the project in its entirety for the first time at BredaPhoto 2022.

On the occasion of BredaPhoto 2022, BredaPhoto Extended will be the link between various cultural partners in the city with their own programming. Among others, Club Solo, Chassé Theatre and Cinema, CrossArts, Graphic Matters, Stedelijk Museum Breda and the City Archives organise exhibitions, theatre performances, film evenings and special events that tie in with the theme of Theatre of Dreams.

Historical and industrial Breda as a backdrop

Breda has been the home of BredaPhoto for twenty years. This edition will feature a large part of the exhibitions in the city’s industrial and creative area: the Belcrum. Traditionally, the historic city centre with locations such as the Great Church, Chassé Park and the City Gallery also forms an important festival centre. Various exhibitions can also be seen at the NS station, which connects these two cores on both sides of the train station. In addition to a range of lens-based work, you can also enjoy guided tours, interactive workshops, a scavenger hunt for children, cycling tours and artist talks at BredaPhoto.

Get an impression of BredaPhoto and watch the videos of the previous editions.