A Journey of Encounters 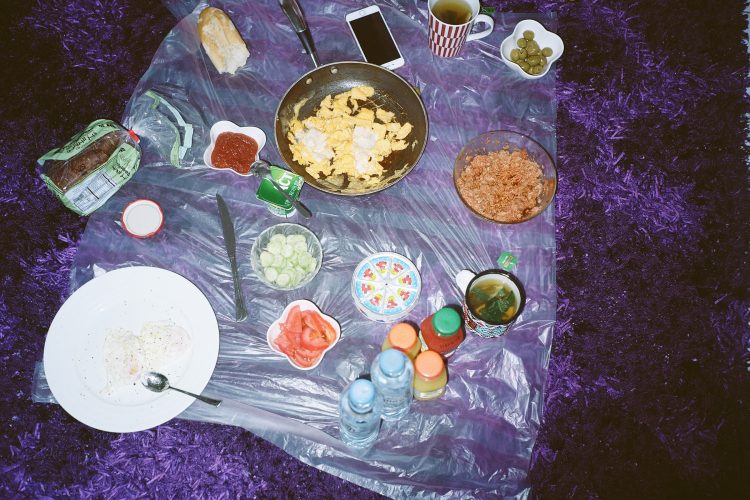 The visual diary, consisting of the loose and free portraits and landscapes of the duo Cheb Moha and Chndy, is a reflection of their joint travels through the Gulf region over the past six years. Until 2006, photography was officially banned in Saudi Arabia. In the Western media, the generally prevailing image of the Gulf region consists mainly of an ‘idealized image’ that is promoted by governments. The work of Cheb Moha and Chndy shows a different view of the lives of male youths in an environment dominated by oil dollars, expat lives and the rapid changes in these societies.

Cheb Moha and Chndy are photographers and storytellers who focus primarily on capturing their environment and everyday life in the Gulf region. Born in Baghdad, raised in Libya and later moving to Canada, Moha currently divides his time between the various cities in the Gulf region, as does Chndy, who was born and raised in Oman.
The duo has worked on fashion editorials and campaigns with a variety of brands and publications, namely Louis Vuitton, Gucci, Carhartt, Nike, Sorbert Magazine and GQ Middle East. In addition to their photography, they have also worked on a large number of projects, including designing the space for Cinema Akil, an independent cinema in the United Arab Emirates. They also spend their time on – and contribute to – the Shabab brand.