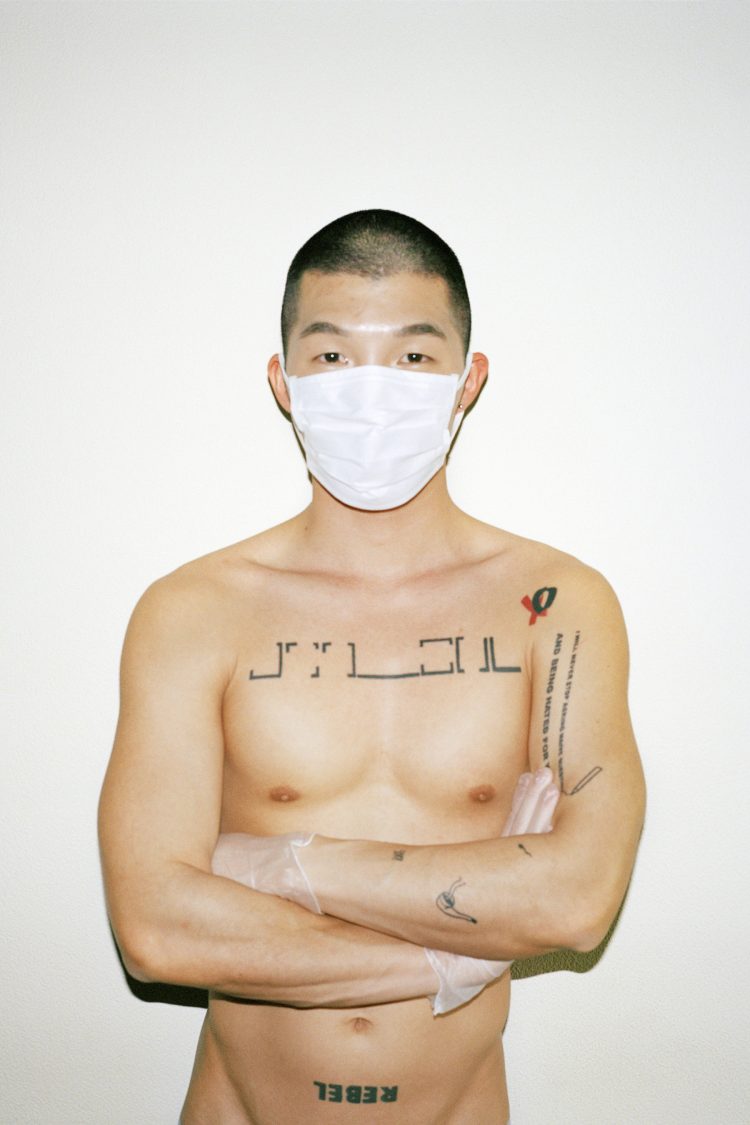 The series ‘Love, fuck & pray’, was made in 2018 – 2019 in collaboration with the LGBTQIAP+ center in Tokyo and Osaka in Japan. This work is a visual research about gay sexuality and the male body in Tokyo. Japan has a rich history when it comes to sexuality and the BDSM cult, but is nowadays known as the city with the highest percentage of singles in the world. The rights of LGBTQIAP+ people are still quite underdeveloped. Apart from that, Japan is known for sexualising the female body, but what about the male body? What about male sexuality? This series and book are made up of portraits between myself, the photographer and my models, and the dates. Sometimes romantic, sometimes sexual, sometimes anonymous.

Jonas van der Haegen (1996) is a queer artist who is currently doing his MA at the Royal Academy of Fine Arts in Ghent, Belgium. His work functions as a visual research in the artist’s personal life and interests which touches subjects like sexuality, identity, and relationships. His work questions how we approach gender and sexuality in the 21st century in the frame of freedom or the influence of the internet.