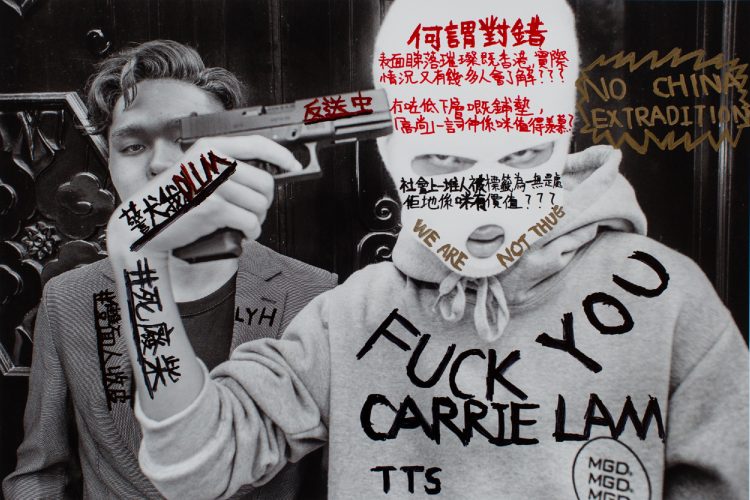 The somewhat raw portraits that Darling made of Hip Hop artists and activists in Hong Kong are given an extra layer by the handwritten texts on the images. The texts express the expectations, frustrations, emotions and experiences of the depicted musicians and the protesting inhabitants. The Hip Hop scene is often socially engaged and many texts are about injustices in society. The photographer has used this method earlier in his work and it is given extra meaning with the political unrest in Hong Kong last year, the period in which Darling produced this work.

The Hong Kong-based American photographer Todd R. Darling (1979) studied documentary photography at the renowned International Center for Photography (ICP) in New York and made a name for himself with his reportages of the so-called umbrella protests in Hong Kong in 2014, against the increasing power of China on local politics. His works include one on the American city of Patterson in New Jersey, covering themes such as the lost American Dream and the post-industrial city. At BredaPhoto he exhibits his portraits of HipHop artists and protesting residents of Hong Kong.