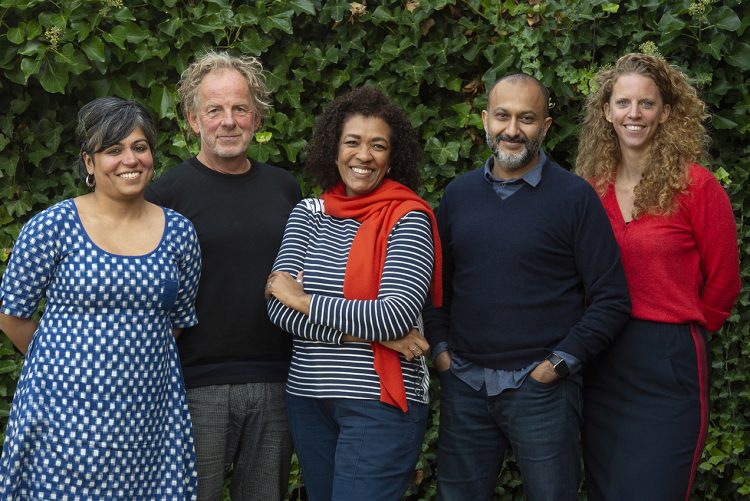 Denise Camargo is a visual artist and curator, focusing on cultural and political resistance in the ancestral afro-Brazilian matrixes. Her interest is also in the processes of artistic creation. Her artistic production and social cultural projects are developed in Ateliê Oju. These issues are also vectors for her research and educational work in the Department of Visual Arts at the Federal University of Brasilia. She has a PhD in art and a master’s in sciences of communication.

Tanvi Mishra works with images as a photo editor, curator, and writer, based in New Delhi, India. Her interests are South Asian visual histories, representation in image-making and the notion of fiction in photography, particularly in the current political landscape. Until recently, she was the Creative Director of The Caravan, a journal of politics and culture. She is part of the photo-editorial team of PIX, a South Asian publication and display practice. In her curatorial practice, she works independently and has also been part of curatorial teams of Photo Kathmandu and Delhi Photo Festival. Her writing on photography has featured in various publications including Aperture, FOAM and The Caravan. Tanvi is currently part of the first international advisory committee of World Press Photo.

Mohamed Somji born in Tanzania and raised in the UAE is the director and curator at Gulf Photo Plus a Dubai-based gallery and community organization cultivating visual practices in photography in the UAE, and across the wider MENASA region. As part of GPP’s commitment to developing visual and critical literacy, the organization engages the community with regular educational and art programming. Mohamed is also a practicing documentary photographer whose personal practice locates and probes schisms in contemporary life, challenging the status quo with sensitive, critical commentary on the politics of representation.

Reinout van den Bergh studied at the art academy St Joost in Breda and has been working as a photographer and audiovisual designer since 1982. In that capacity he traveled through Europe, Africa, Asia, the Middle East, the USA and Latin America. He has worked for several ethnographic museums, the Ministry of Foreign Affairs and various development organizations. His work has been exhibited in museums in Eastern and Western Europe and Africa, and published in various books and other publications. Reinout has been a curator at BredaPhoto since 2006.

Fleur van Muiswinkel is art historian and curator. In April 2020 she became the first director of BredaPhoto. Before that she was artistic coordinator for the Contour Biennale in Mechelen (BE), was co-director at A Tale of A Tub in Rotterdam (NL), worked as curator performance at the Oude Kerk in Amsterdam and started her professional career at Office for Contemporary Art Norway in Oslo. Van Muiswinkel obtained her Master in curating at Goldsmiths University in London (UK) and her Master in Art History at the VU University in Amsterdam (NL).