Journey of my Dreams 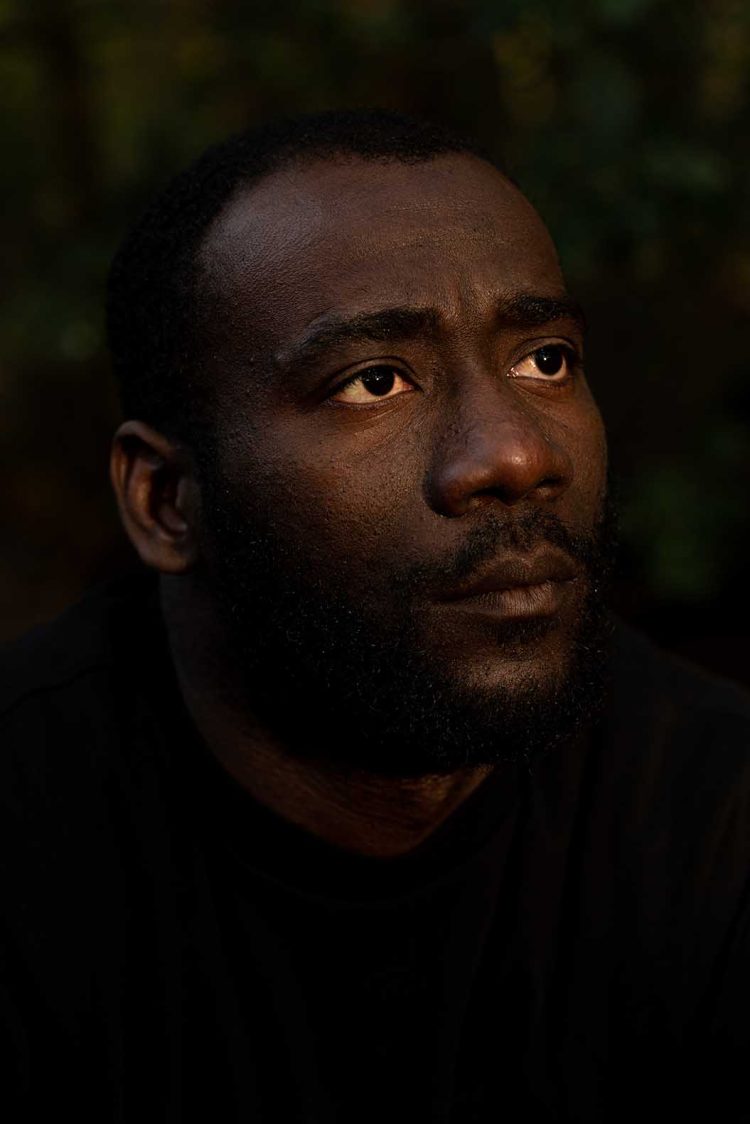 Ilse Wolf Journey of my dreams
If there are no obstacles, if anything is possible, what is then your greatest dream? Photographer Ilse Wolf asked this question to newcomers during the project she started for BredaPhoto and Buddy to Buddy. The result, Journey of my dreams is a co-production between Wolf and five newcomers to Breda: Amara Youla (30), Heaven Zaid (20), Asieh Cheldavi (37), Mahmoud Al Asadi (64) and Islam Abtarkhanov (31), in which they dream together about a future in which everything is possible.
Wolf's subtle portraits show, in a poetic way, the internal struggle of the newcomers between the harsh reality and the continual energy generated by their dreams. Wolf uses the last evening light that falls on the faces to reinforce the symbolism. The portraits were created following intensive discussions with the five newcomers, during which they also worked on mood boards that illustrate their dreams. The mood boards are exhibited together with the portraits of Wolf.
Ilse Wolf

Ilse Wolf (Den Bosch, 1991) has been a full-time photographer since 2013. Wolf is educated at the St. Joost School of Art & Design, Breda and her work is strongly documentary oriented. Her previous projects include Weather Permitting, which resulted in a publication, and the large-scale project Mantel der Liefde, an interactive exhibition about the elderly and informal care, which travelled across the country between 2017 and 2019. Wolf’s free work is characterised by strong social engagement. Wolf builds visual bridges between art, culture and the social domain while maintaining a strong photographic language of her own.

Amara Youla – everyone calls him Youla – comes from Guinea, is 30 years old and undocumented. He has been in the Netherlands for eight years but has not yet been granted residence status due to personal circumstances. In his country of origin, Youla studied accountancy and economics for two years followed by philosophy for a year. He lived for six years in Breda where he volunteered for the Buddy to Buddy Foundation. He now lives in the AZC (asylum seekers centre) in Grave awaiting his asylum application procedure.

The 36-year-old Asieh Cheldavi comes from Iran, is married, and has two children aged 15 and 13. Asieh does a lot of voluntary work at the Buddy to Buddy Foundation in Breda. For example, she leads a swimming project for female newcomers and is co-organiser of various other activities. In addition, she works at a restaurant in Breda and recently participated with her daughter in the theatre performance about newcomers: Ik ben hier (I’m here).

Heaven Zaid is from Eritrea and is 20 years old. She lives in Breda with her parents and two younger brothers and sister. She recently participated in a study on the impact of the Buddy to Buddy Foundation. She called dozens of Eritreans and conducted telephone interviews. In addition, she is a very active vlogger and has more than 20,000 followers. Heaven is currently pursuing an MBO education programme in Health Care and Welfare.

Mahmoud is from Palestine, which is how he describes his origins. He’s 64 years old. He lived in Syria where he taught English to young people. His parents had previously fled Palestine and he fled Syria. He is an enthusiastic and knowledgeable oud player and often performs on occasions. Mahmoud has worked as a voluntary caretaker at a secondary school since 2015.

Islam Abtarkhanov, from Chechnya, is 31 years old. He came to the Netherlands in 2019. In Chechnya he studied clinical psychology for children and adolescents. He also took a course on ‘management in education’ in Moscow. He worked in Vasjendaroy (Chechnya) at a secondary school as Deputy Director of Information and Communication Technology and as HR Manager. Islam now works as an administrative assistant at Kadanst. Kadanst is a practice that provides custom help and guidance for children and families, employing creative means such as dance and movement.