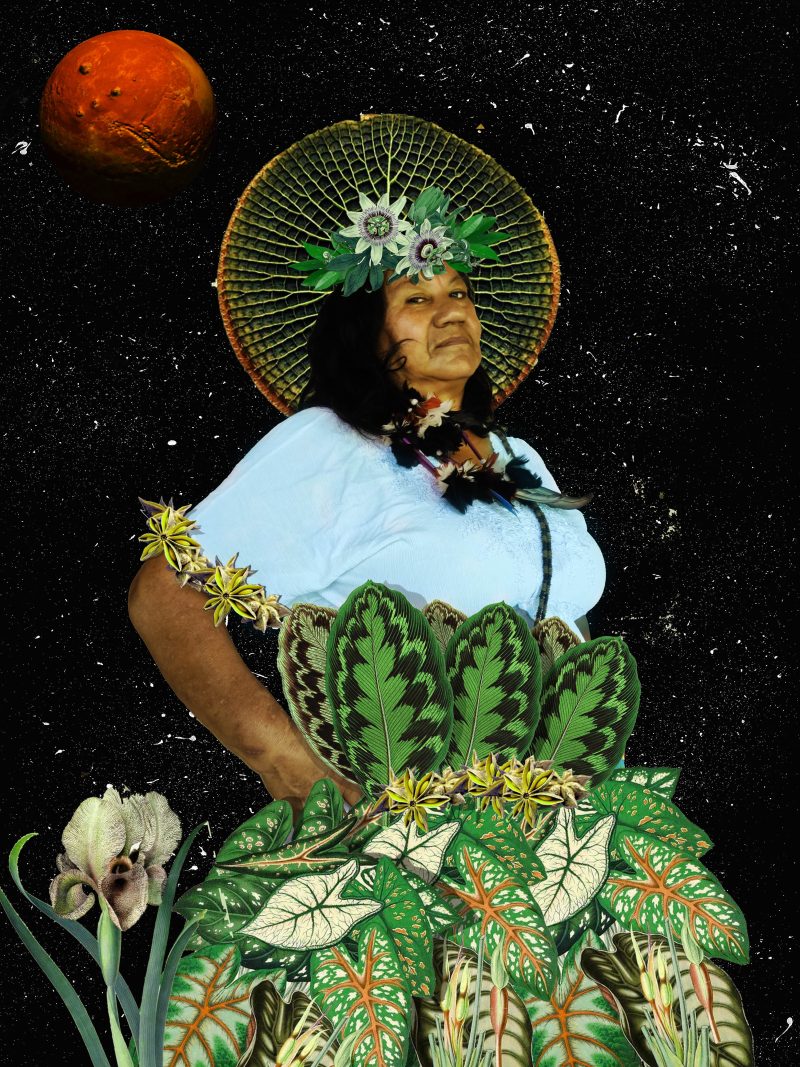 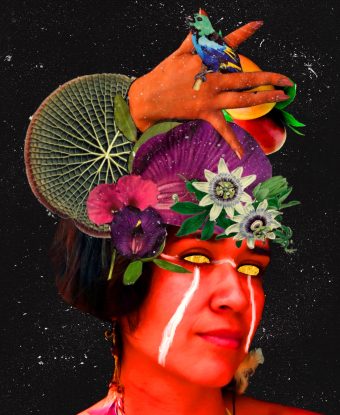 Moara Tupinambá Moara de Mairi
Moara Tupinambá creates collages for her photographic series with visual elements taken from books, encyclopaedias, and magazines to emphasize the relevance of nature for indigenous people.
The pieces in Mirasawá are produced through multiple artistic languages and techniques: drawing, painting, installation, video, and photography. Literature is also a source for the artistic expression employed in these works. They present cartographies of memory, identity, ancestry, and indigenous resistance, which formulate an anti-colonial artistic thought. Mirasawá means “people” in Nheengatu, a dialect derived from Tupi language, which was widely spoken throughout Brazil among the indigenous settlements.
The resulting artworks promote an engagement with the forces and mysteries of nature. In this way, the stars, moon, planets, forest, animals and other elements in the background create a fictional ambience. Meanwhile, earthly objects such as helmets and armour represent the reality of the daily struggle of indigenous people to preserve their culture and territory, which are under siege from devastating economic and social policies.
In this series of collages, by re-appropriating imagery, the artist seeks to re-define the canons of anthropology and art history. By creating new visualities for the indigenous woman, Tupinambá proposes a new way of looking at her own community and reinvigorating feminist narratives.
Moara Tupinambá

Moara Tupinambá (b.1983, Mairi/Belém, Pará, Brazil) is an indigenous visual artist and activist for the causes of the indigenous Tupinambá people. Her genealogical ancestry originates from the lower Tapajós region (Vila de Boim and Cucurunã). She considers herself an “artivist,” and her work contains feminist narratives. She is the vice-president of the multi-ethnic association “Wyka Kwara”; a member of the “MAR”, a collective of women artists from Pará; and a member of the collaborative art space “Colabirinto.” 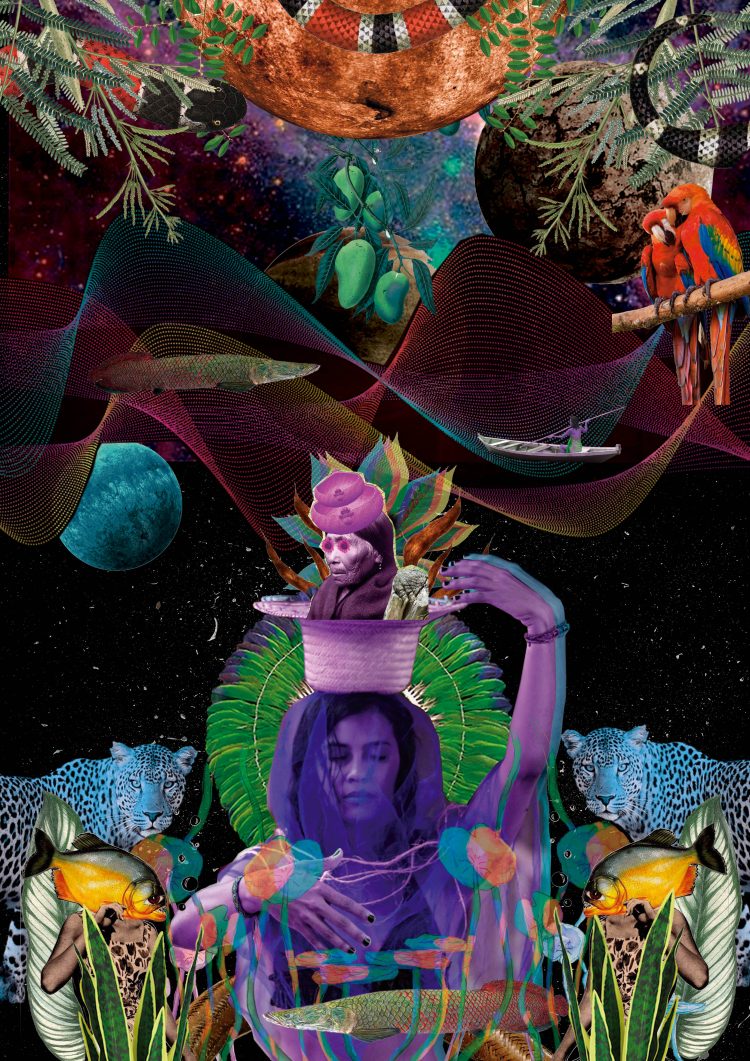