How Not to Forget Yourself 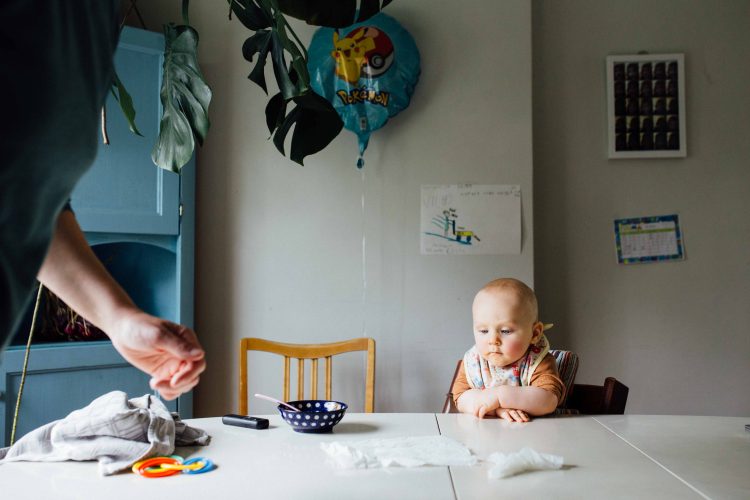 Sara Hornig How Not to Forget Yourself
With her series How Not to Forget Yourself Sara Hornig (1984, Augsburg, Germany) confronts the viewer with the complexity of becoming a mother while being an artist. The starting point of the series is a personal one: in November 2021 Sara became a mother herself. While working on her new project as part of the two-year-long support program of BredaPhoto, Sara kept asking herself questions and gradually realised she wanted to shift the focus of her series towards the concept of motherhood. In the end How Not to Forget Yourself addresses a matter that transcends the personal by showing intimate portraits of her and her son. Motherhood within the artworld has become a topic raised more and more by female and male artists since the roaring seventies. Female artists like Rineke Dijkstra, Marlene Dumas and Louise Bourgeois use their artistic practice to highlight the issue and demonstrate that motherhood is far from a one-dimensional theme. They have paved the way for younger generations to embrace the concept of having a family in contrast to the long celebrated modern idea of the artist being an individual that sets aside everything for the arts. Today it is still necessary to address the question of motherhood within the arts since the reality too often shows that the moment a female artist becomes a mother, it coincides with a setback in career perspectives.
Sara Hornig

Sara Hornig (b.1984 in Augsburg, Germany) graduated from the Lahti Institute of Design in2017. She works and lives in Vantaa, Finland. Since 2014 her work has been exhibited in various group exhibitions both in Finland and internationally. In 2020 she had her first solo exhibition in the Northern Photographic Centre in Oulu, Finland. She is one of the BredaPhoto International Support Program participants in 2021-2022. Her first baby was born in November 2021.