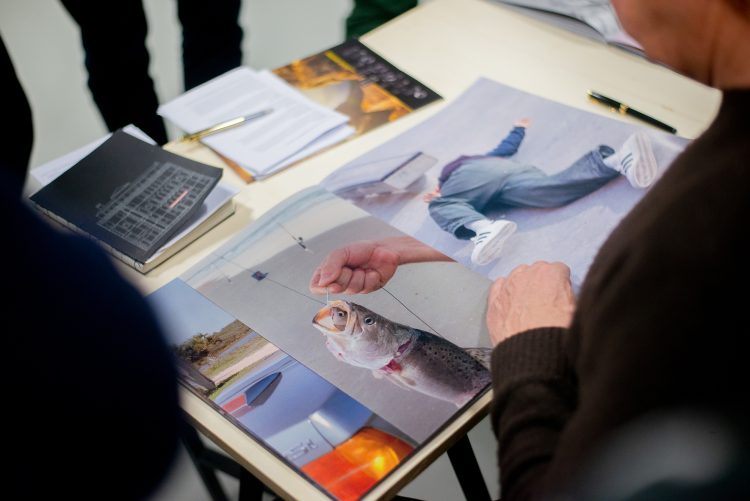 During the festival we organise the Online Portfolio Reviews on three different Saturdays. The reviews will be online through Zoom. With the reviews we connect professionals with talents and give them valuable feedback on their work.
During BredaPhoto there will be a special place for the Online International Talent Portfolio Review. This year we have chosen to organize the portfolio reviews online via Zoom. This is easier to reach international contacts. Without burdening the environment with all kinds of travel movements we are able to bring people from different countries in contact with each other. We have chosen to organize these online portfolio reviews on three Saturdays in September and October.
We will connect professionals in the field with talents from the art academies we already collaborate with. Their portfolios and those of other emerging talents will be reviewed by professionals within the world of photography. As reviewers we have invited a selection of curators, editors, publishers and photographers.
You can buy your tickets here
Planning of the reviews

Daan Zuijderwijk (1974, Sassenheim) graduated from the St. Joost School of Art and Design in Breda. Since 2017 he has been traveling through Europe with his partner Maaike Vergouwe and their three daughters. Looking for a life closer to nature and with a small ecological footprint. Through his photographic night landscapes Zuijderwijk investigates the relationship between man and nature. Zuijderwijk ‘manipulates’ the landscape by adding lines, circles, color or light to his visual interpretations in an attempt to reveal its hidden aspects. Or, on the contrary, to emphasize that our perception of the landscape is a combination of our senses and imagination.In 2019, Zuijderwijk and Vergouwe published the book “Mapping.

Lotti Pronk is an independent photo editor and producer of photography projects. Lotti has more then fifteen years of experience in the (international) photo agency business. She set up the office of international photo agency NOOR, where she also headed the sales department. After her agency work she started as an independent consultant, photo editor and producer of publications and presentations, specialized in international reportage, social documentary photography and long-term photo projects. Currently she is the picture editor at Wordt Vervolgd by Amnesty International, creative producer at Dutch National Portrait Gallery and will launch a storytelling gallery in the near future. She is based in Amsterdam.

I am active as visual story editor and photography curator. I have developed a method for creating photographic projects to help photographers develop their concepts, prepare the shoots and edit their work. I teach and organize workshops and masterclasses, lecture and write on photography. My research into sustainable business models for documentary photographers was published in January 2020 in ‘Tell your story – A new role for photography in a changing market’ and can be downloaded at the Forhanna website.

Nina Venus is an artist and curator, living and working in Hamburg, Germany.She studied Romance languages and philosophy at Ludwig-Maximilians-Universität in Munich before dedicating herself entirely to the practice of art and received her MFA from Tufts University and the School of the Museum of Fine Arts, Boston. Her work has been exhibited in many group-as well as solo shows in galleries and independent institutions. As curator she organized several high-profile exhibitions at galleries and institutions, among them AREA REVISITED, an immersive exhibition during the 6th Triennial of Photography Hamburg in 2015 and as vital part of the 7th Triennial of Photography Hamburg, she initiated the OFF TRIENNALE for the Deichtorhallen Hamburg in 2018. Most recently, she co-curated HELLO.AGAIN. at Kunsthalle Lüneburg, a retrospective of late photographer Volker Hinz. Since 2016, she is a lecturer and visiting professor at Muthesius Kunsthochschule Kiel. www.ninavenus.de, www.off-triennale.de, www.muthesius-kunsthochschule.de

Rob van Hoesel (1974) studied graphic design at St.Joost in Breda (NL), graduated in 2002. He worked at design studio Kummer & Herrman in Utrecht for 4 years and started the studio by the end of 2005. In 2011 he started an independent publishing house called The Eriskay Connection. Eriskay Connection mainly works on book design and editorial projects besides cultural identities and print campaigns. They are specifically interested in projects that map a relevant matter, provide insight into the world we live in, tell a story, make a statement, expose a history or give directions to our view on the future. And they love art projects that flirt with science…