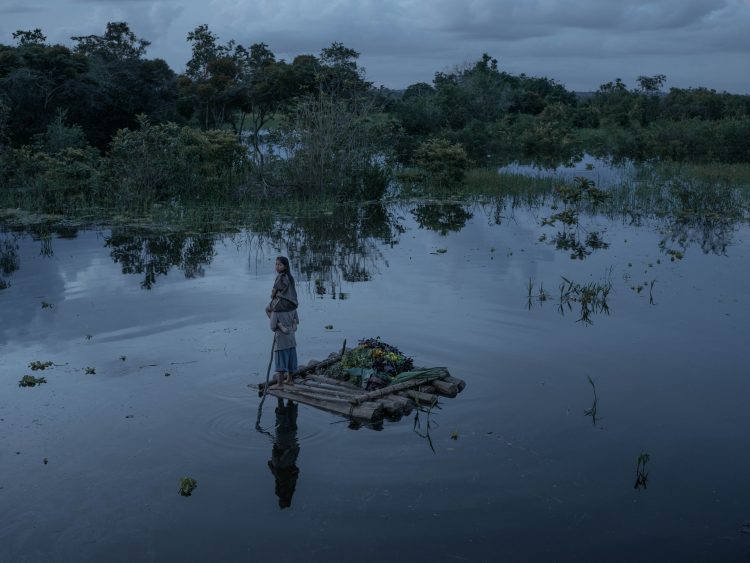 Arguiñe Escandón & Yann Gross Aya- Balsa
Arguiñe Escandón and Yann Gross discovered the work of the pioneering photographer Charles Kroehle (1876-1902) through a postcard dating back to the early 20th century. Their research revealed Kroehle’s extensive work in the Peruvian Amazon, but also his colonialist gaze. To move away from the prevalent iconographic representation of previous centuries, Escandón and Gross set out to create a work guided by their own intuitions and experiences in the Amazon. In order to understand the forest, with guidance from the indigenous community, they participated in ceremonies and went on plant-based diets, and at times found themselves in an altered state of consciousness.
Realising that plants were at the heart of their discussion with the community, they found that the ecosystem of the jungle can be best represented though its organic proprieties. By extracting the pigments of particular leaves in liquid form and making a light-sensitive emulsion, Escandón and Gross developed a process of organic photography and made prints in their makeshift laboratory in the forest. In a departure from Kroehle’s approach, they sought to immerse themselves in the landscape, instead of exoticising the region or its residents.
For the installation of their project Aya—which means ghost, soul or spirit in Quichua language— Escandón and Gross combine original, ancient images by Kroehle with their own organically-printed photographs. By interweaving narrative threads belonging to several temporalities, they create a dialogue between two divergent points: the historical, often stereotypical representation of the Amazonian landscape and its inhabitants, and one’s own sensory experience. 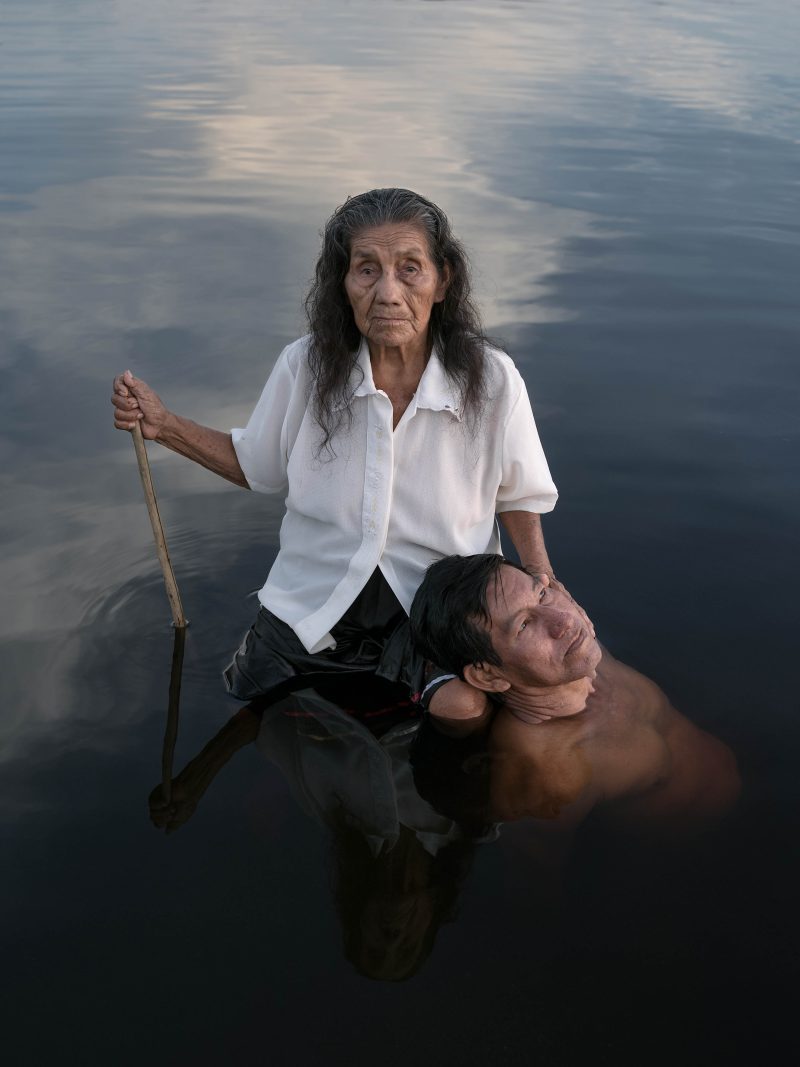 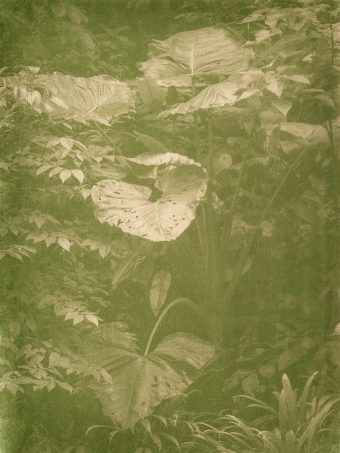 Arguiñe Escandón (b. 1979, Bilbao, Spain) is a photographer with a background in psychology. In her work, she reflects on the relationships human beings develop with their personal and social environments, focussing on the different process of adaptation, alteration and transformation.

Yann Gross (b. 1981, Vevey, Switzerland) is photographer, filmmaker and designer. Through photography, installation and video, Gross explores how humanity shapes its environment and develops a sense of identity.

The two artists met in 2008 at the PhotoEspaña photo festival. In 2019, they published their book Aya. In 2020, they were nominated for the Prix Élysee. 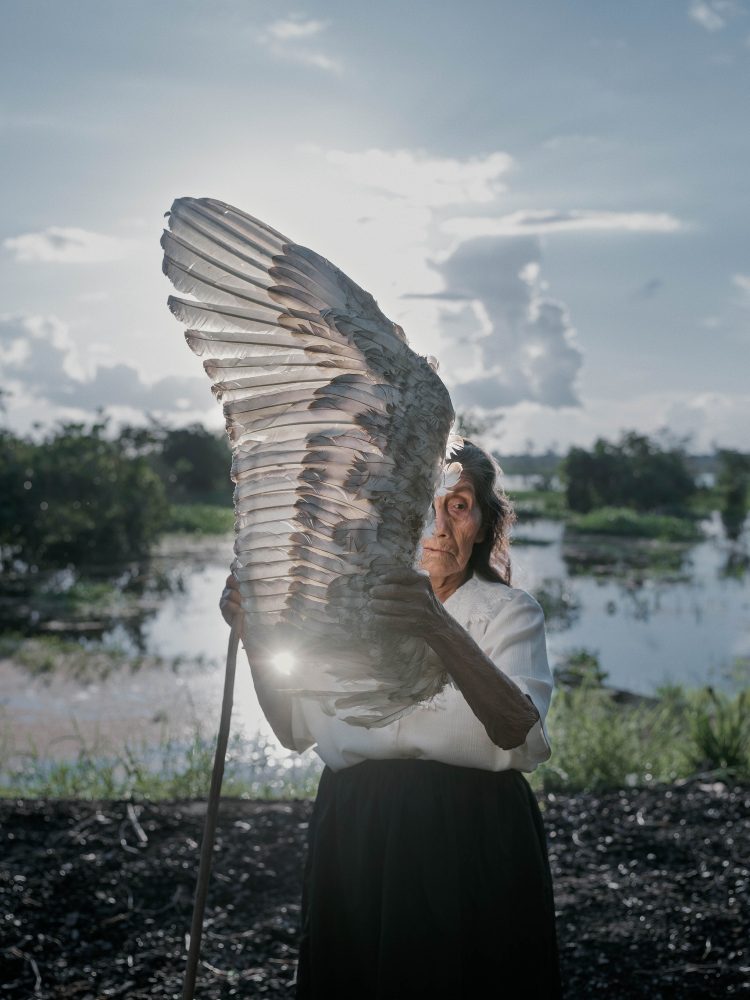